QUEENS OF THE STONE AGE frontman Josh Homme has released a statement after he was videotaped kicking a photographer in the head at a show in California over the weekend.

Chelsea Lauren, a photographer for Shutterstock, told Variety the incident, which happened during the band’s performance on night one of the 28th annual KROQ Acoustic Christmas, was unprovoked and that Homme was even smiling before he struck her. “It was obviously very intentional,” she said.

Earlier today, Homme released a statement, characterizing the incident as an accident. “Last night, while in a state of being lost in performance, I kicked over various lighting and equipment on our stage,” he wrote. “Today it was brought to my attention that this included a camera held by photographer Chelsea Lauren. I did not mean for that to happen and I am very sorry.

“I would never intentionally cause harm to anyone working at or attending one of our shows and I hope Chelsea will accept my sincere apology.’ 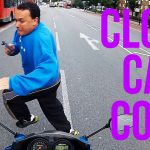 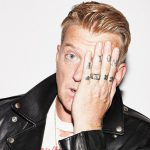