The 46-year-old musician, who was known as “The Evil Twin” because of his amazing shredding skills (a nickname that Zakk Wylde himself bestowed on the guitarist years ago), also solicited sex acts from the teenager, according to the criminal complaint.

Catanese pleaded guilty to unlawful contact, corruption of minors and endangering the welfare of children.

He was ordered by Allegheny County Common Pleas Judge Donna Jo McDaniel to serve five years of probation, register for 25 years as a Megan’s Law offender, avoid contact with minors and have no access to Internet-capable computers.

Catanese was an instructor at the School Of Rock in Castle Shannon, Pennsylvania when he began messaging the teenager via Instagram. The student told police that Catanese sent her pictures of his genitals and asked her for nude images in return.

Police said that Catanese also requested sex acts with the girl, and described what he wanted to do.

Catanese admitted to the messages and videos when interviewed by police. He was arrested on June 15, court records show.

The police were alerted to the allegations by the music school’s owner, David Blackrick. 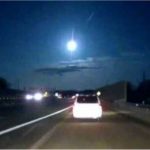 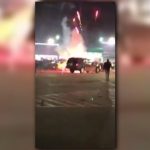 Here is why you DON”T store fireworks in the trunk of your car.Tommy Carroll